Getting up close and personal with birds often requires long lenses. But long lenses can often weigh so much that they become difficult to carry in the field. They also require a tripod to stabilize.

Apart for the usability characteristics discussed in the two previous posts, what are the best lenses for bird photography from the point of view of their optical characteristics?

As a consequence, many bird photographers use shorter lenses with teleconverters. But how much do you compromise when you do this? I shot a series of tests in my studio with four different lenses and three different teleconverters. The lenses were the Nikkor 200-400mm f4 zoom, the 400mm f2.8, the 600mm f4 and the 800mm f5.6. The teleconverters were the Nikon 1.2x (for the 800 only), the 1.4x and the 2x.

To compare them, I set up a CD on a light table 20 feet away (just beyond the minimum focusing distance of the longest lens). I chose a CD because it is a universal reference that approximates the size of many small birds (which are the toughest birds to shoot).

I the shot the CD with a Nikon D4 on a tripod and every possible combination of the four lenses and three teleconverters. Vibration reduction was turned on on all the lenses and I used a shutter release cable to further minimize vibration. I took three shots with each lens and chose the sharpest shot in each sequence to further minimize the possibility of accidental vibration. Here’s how the CD looks with each lens and teleconverter. 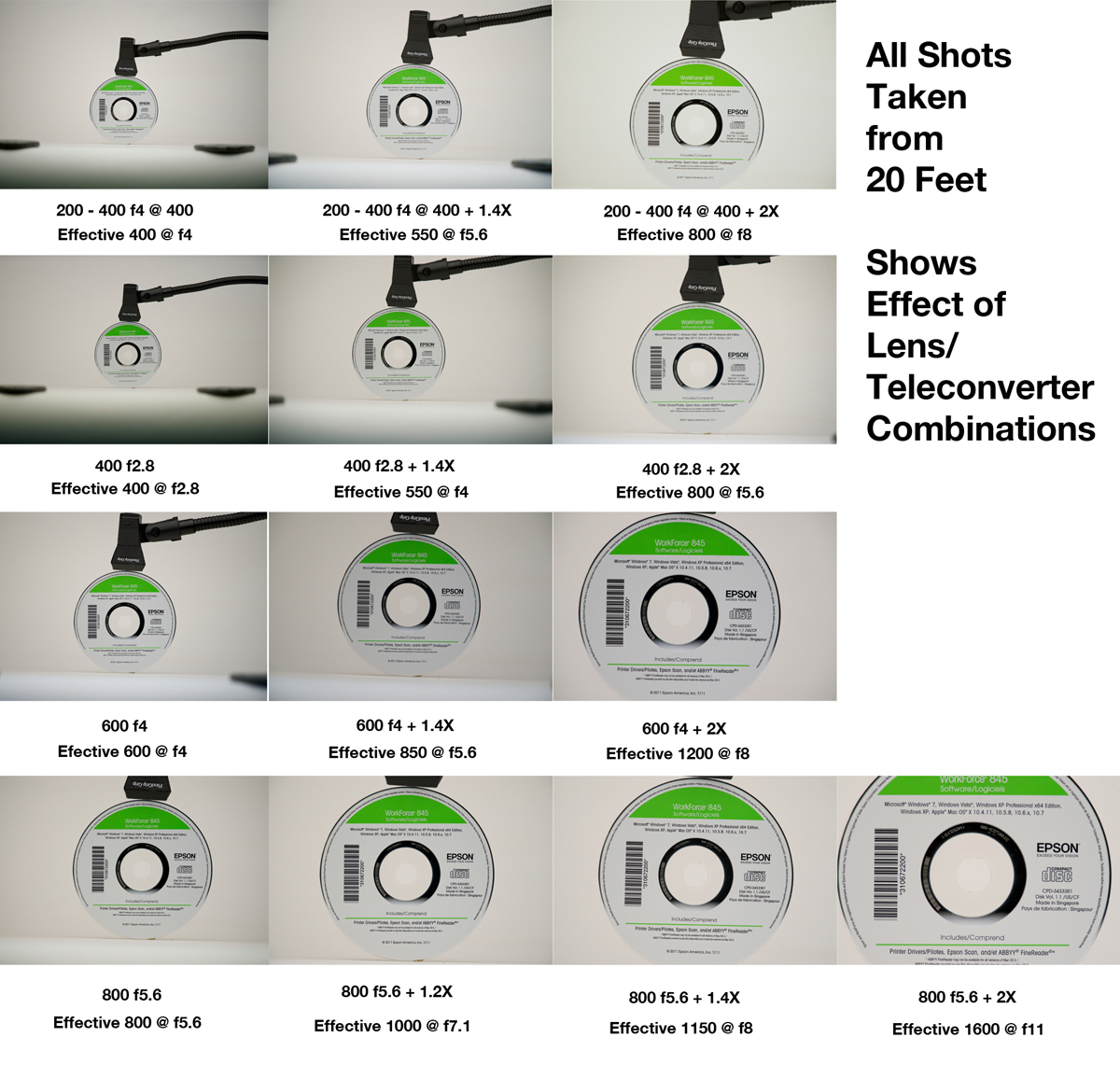 Since cropping and enlargement are strategies that many bird photographers use, I also cropped one word from each image and enlarged it to the same size (to facilitate comparison). Here’s what happens. 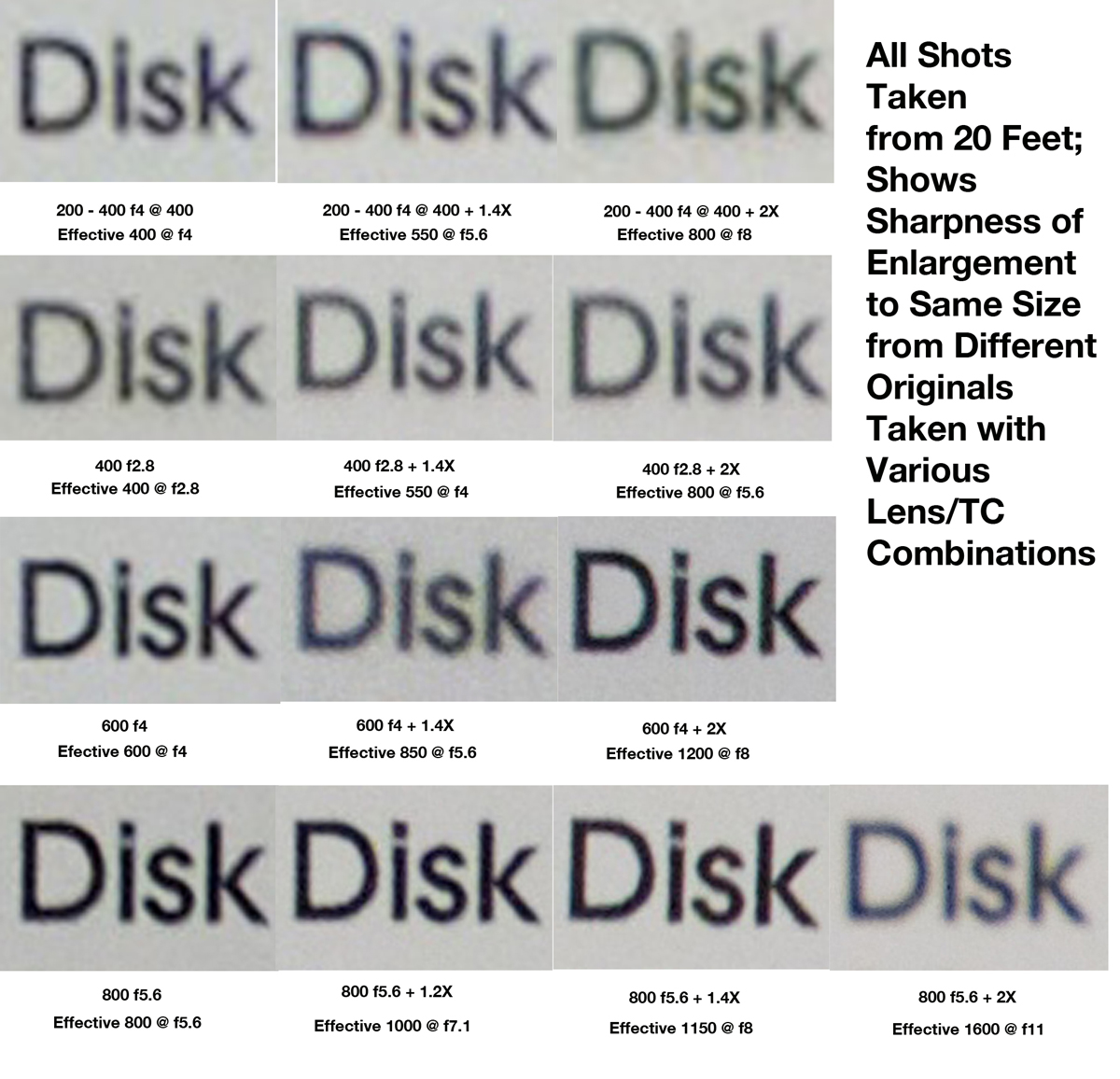 You probably want the longest lens you can carry. That means you probably also want to invest in a good back brace.

In general, the less you have to crop and enlarge, the more sharp detail you will capture. No surprise there.

The surprise was that the teleconverters did NOT work equally well with each lens as the second series of shots shows. Some teleconverters work better with some lenses than others. And some teleconverter/lens combinations produce better enlargements than the lens by itself (presumably because of the smaller degree of enlargement required).

Some teleconverter/lens combinations do not work well.  I would put the 200-400mm/2x and the 800mm/2x in that category. The 800mm/2x should not be surprising. Because you’re shooting at an effective aperture of f11, the viewfinder is very dark and autofocus does not work. Therefore, the possibility exists that I simply did not focus the lens properly.  If focusing properly in the studio is a problem, imagine how difficult it will be in the field.

Back Braces for Photography
0 replies