As many loyal followers know, I’ve made my living in the advertising/marketing communications business for more than 40 years. I began working at Leo Burnett right out of graduate school at Northwestern – one year before beginning my photo project in Chicago’s Uptown neighborhood. After Burnett, I worked at three other major agencies in Chicago, Dallas and Houston before starting my own shop twenty years ago this week.

Last August, this blog went viral. This month, it should surpass 7 million hits since then. Back in November, interest in the Uptown photos turned into a book called Uptown: Portrait of a Chicago Neighborhood in the Mid-1970s. Web site analytics show that the Uptown photos clearly drive the most traffic to this site.

I originally posted the images because I thought they might help us win some commercial photography work from companies looking for gritty portraiture. So after the book was published I mailed several copies out to clients and prospects as a self promotion. The mailing brought in several photography jobs and another book publishing job for a major Fortune 500 company.

This region covers Texas, Oklahoma, Arkansas, and Louisiana – the entire south/central portion of the United States.

Next, the book advances to the AAF national competition in New York.

It’s hard to talk of the images in the Uptown book and “advertising” in the same sentence. It almost seems disrepectful to the trials and tribulations that some many Uptown residents suffered through in the mid-1970s after the OPEC oil embargo. But at least you know the back story.

These awards are quite an honor in our industry. The American Advertising Federation contest draws more entries each year at its various levels (local, regional, national) than any other awards competition. Typically, the contest draws more than a hundred thousand entries. To win so many awards in so many tough categories against such stiff competition is a tribute to the power of the Uptown images and the fine people who allowed me to create them.

Thank you all for helping a lifelong dream come true. Stay tuned to see how the book does at the national level.

If you haven’t yet purchased the book, we still have about a thousand copies left from the first printing. You can buy an autographed copy through this web site, or plain copies through Amazon or BarnesAndNoble.com. Please tell your friends about it. 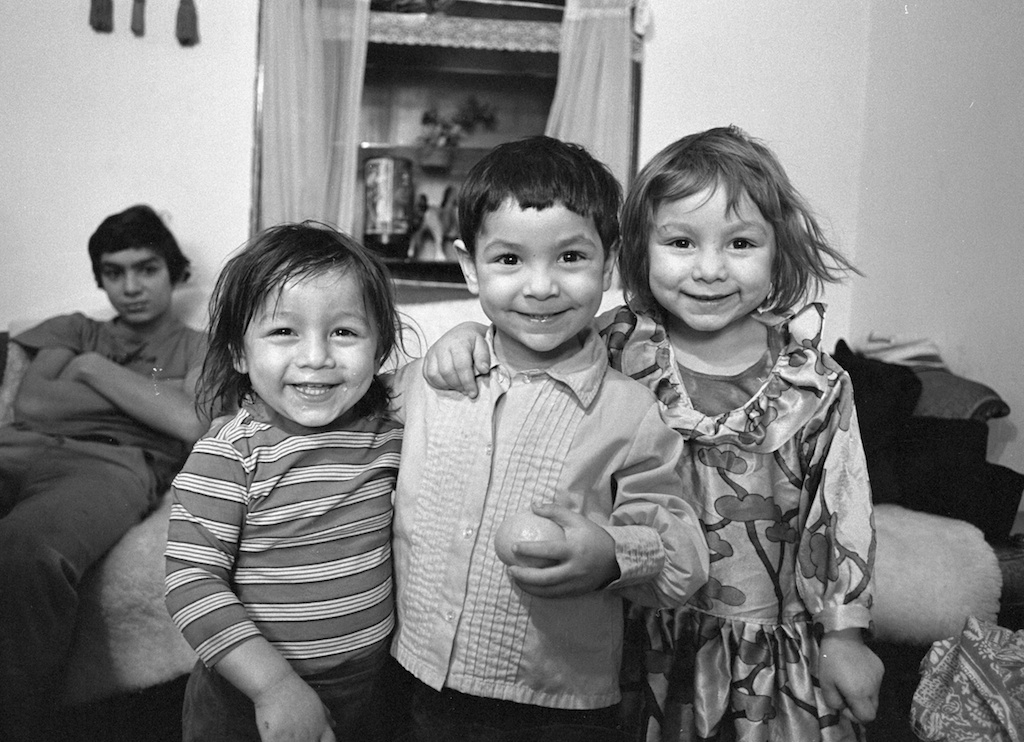 I plan to scan a series of images that I took in Uptown on Christmas Eve and Christmas Day in 1974 and 1975. I’ll post them on Christmas Eve and Christmas Day this year. So be sure to check back. Christmas is not only a time of joy, but a time to count our blessings. During the four years I photographed in Uptown, I was repeatedly moved by the sight of people who had so little who give giving what little they had to help neighbors, friends and even strangers. In many ways, the Uptown of the 1970s could be a cruel place. But it could also be a place of incredible kindness. God bless you all. And thank you for your support! I hope you enjoy the images, many of which have not been posted before.

I spent most of the past week in Chicago launching the new book “Uptown: Portrait of a Chicago Neighborhood in the Mid-1970s.” The week was both exhausting and exhilarating. WTTW did a nice segment on their Chicago Tonight show. So did WGN on their noon show. However, the most exhilarating moment came on Thursday in Uptown at the Chicago Public Library on Buena. It was an event sponsored by the Chicago Public Library and the Chicago Book Expo where I officially unveiled the book to the public for the first time. Close to a hundred people attended.

I talked about how and why I started photographing in Uptown, the tools and techniques I used, and the people I met. About a dozen of the people who attended were people that I had photographed back in the 1970s.  They treated the group to stories of what it was like to live, work, and run businesses in Uptown.

It felt like a family or class reunion. I spent hours reconnecting with people I had met 40 years ago. One of the highlights of the evening was the appearance of the (now) 89-year-old woman who owned the Guatemala Cafe on Wilson for 36 years – an amazing record for ANY small business. Everyone had stories to share about the neighborhood – from her granddaughter to the kids eating popsicles, a Chicago fireman who worked at Engine 83 for decades, a rock fan who practically grew up at the Aragon and more.

Dozens of others who live in Uptown today also came to share their stories, ask questions and visit, including people who are investing in Uptown real estate and businesses such as Baker and Nosh.

Thank you all for coming, sharing your stories and helping provide details for the book! I hope you all enjoy it.

My only regret about the week is that I didn’t get to photograph in Uptown as I had hoped. Things were too rushed and the weather wasn’t cooperating. When I did have time, a cold rain forced most people off the streets. But I did get to drive around the neighborhood for several hours.

I was shocked by how much Uptown today has improved compared to what it was in the mid-1970s. The burned out buildings, bars, pawnshops and resale shops that defined Uptown in the mid-1970s are virtually gone. So are the litter, graffiti, abandoned cars, and run down houses. In their place are nice new buildings and trees – lots of trees. The businesses I visited seemed to be busy and prosperous. I sensed optimism and hope in the people I talked to. Property values seemed to be improving.

That’s a tribute to all those who never gave up on Uptown and saw something worth saving. It took a lot of hard work, vision, faith, creativity and dedication to make those improvements.

Uptown had a glorious past. Whether up or down, it has always been one of Chicago’s most unique and storied neighborhoods.